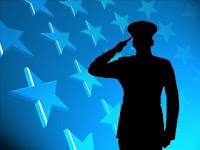 
It has been a very exciting time for Team Warner as we prepare for the Sixth Annual Pvt. Heath Warner  4 and 2 Mile Run. Last evening Melissa and I went out to the new course starting at Jackson High School. As we looked from the starting line out to where you our racers would be staging we were filled with anticipation and sensed what a great event the race will be in 2013


The time to register is now! Please register at www.ohiochallengeseries.com or www.pvtheathwarner.com.


Let me share our partners who have invested in this year’s race!


Also we extend special thanks to the Jackson Township Trustees, Chamber of Commerce, Park, and Safety forces for your support.